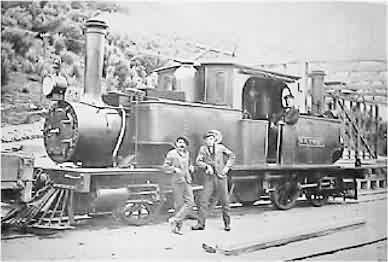 On 7 June 1879, the first sod was turned marking the start of construction of the Otago Central Railway from Dunedin to Cromwell.  From here it took 42 years for the 248km line from Dunedin to Cromwell to be completed.  Construction of the Otago Central Railway was slowed by the financial crisis and long depression if the 1880's.  The Government was particularly unwilling to spend scarce overseas funds on rails or iron for bridges.  Local political pressure and the need to find work for some of the unemployed, meant that construction continued, but at a slow pace.

As sections of the track were completed they were opened for use.  The line from the Wingatui Junction (near Dunedin) to Middlemarch was opened in 1891, and Middlemarch developed from this time as the centre of the Strath Taieri District.

On 1 December 1898 the line was opened to Eweburn, the Governor, Lord Ranfurly, passed through and his more distinguished named was bestowed on it.  Ranfurly immediately grew at the expense of Naseby which had been a bustling gold mining town with  and numerous businesses including a hospital, three banks, a police station, a court house, the town hall, three churches, a fire brigade, council buildings, a Lodge. Although it had been intended that Naseby would become the centre of the Maniototo, the construction of the Railway Line (only 12km away), resulted in Ranfurly springing into existence. Because of this services gradually moving away from Naseby.

From Ranfurly progress was significantly faster with New Zealand's general economic situation improving and improved technology.  in 1906 the Railway Line reached Alexandra and on 2 April 1907 the line was opened to Clyde.  Although the residents of Cromwell were eager to see the railway continued, the Government was concerned at the cost of putting a railway through the Cromwell Gorge and construction ceased for 7 years.  In 1921 the line finally reached Cromwell.

Passenger trains ran daily and the trip between Dunedin and Clyde took over 8 hours, with a lunch stop in Ranfurly and refreshment stops in Hindon and Omakau.

On 4 June 1943, passenger train, consisting of Ab782 and seven carriages from Cromwell, was derailed in a cutting south of Hyde at 1.45pm.  The subsequent Board of Enquiry found that the cause was excessive speed around a 183m radius curve, estimated at 112km/hour where the speed restriction was 48km/hour.  21 lives were lost and 47 were injured.  The board revealed that the engine driver had "taken a quantity of alcohol sufficient to affect his judgement and sense of responsibility and to a marked degree, and that during the journey he took more alcohol". 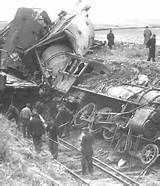 The Otago Central Railway was also used for freight traffic.  With the Strath Taieri and Maniototo being developed into farmland the Railway was essential in carrying Wool, Stock, Fertilizer, Timber, petroleum, Grain, Chaff and Oats.  Sheep and Cattle were taken to coastal farms for fattening or to the freezing works.  Once the line reached Alexandra, an area growing in orchards and fruit, the Railway Line was used to carry fruit to the markets in Dunedin.

Traffic for the Clyde Dam project kept the line busy for a few years, and two freight trains were still running each day on weekdays in 1983.  However with completely free road competition from 1987, and the dam nearly completion, traffic on the line fell away rapidly.  In early 1988, only three trains ran to Clyde and back each week.  Fruit for the North Island was being taken by road, and transhipped to rail at Oamaru or Christchurch.  The petroleum and fertilizer traffic had also been largely lost.  Timber from the Naseby and Wedderburn forests was the only bulk traffic in prospect, but the Railways Corporation was not prepared to keep the line open for this possibility, and in December 1989 it was announced that the Otago Central Branch would close on 30 April 1990.